Abstract
There seems to be a consensus among regulators and scholars that in order to improve the functioning of a banking system it is necessary to raise the level of bank information disclosure. However, its influence on bank competition – which is an important factor affecting the efficiency and stability of the banking system – is left out of consideration. To test whether greater bank information disclosure is associated with both lower market power and lower concentration in the banking markets, we use country-level data covering the years 1998, 2001, 2005 and 2010. Our findings show that countries with higher levels of bank transparency have lower levels of bank concentration, while the link between transparency and market power is less pronounced. We also show that the reduction of competition due to stricter disclosure requirements depends on bank credit risks and the relationship is U-shaped. 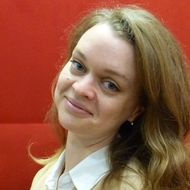