Andrei Markevich (New Economic School) has resented a paper "The political-economic causes of the Soviet Great Famine, 1932-33" on the regular CInSt Research Seminar on October, 21 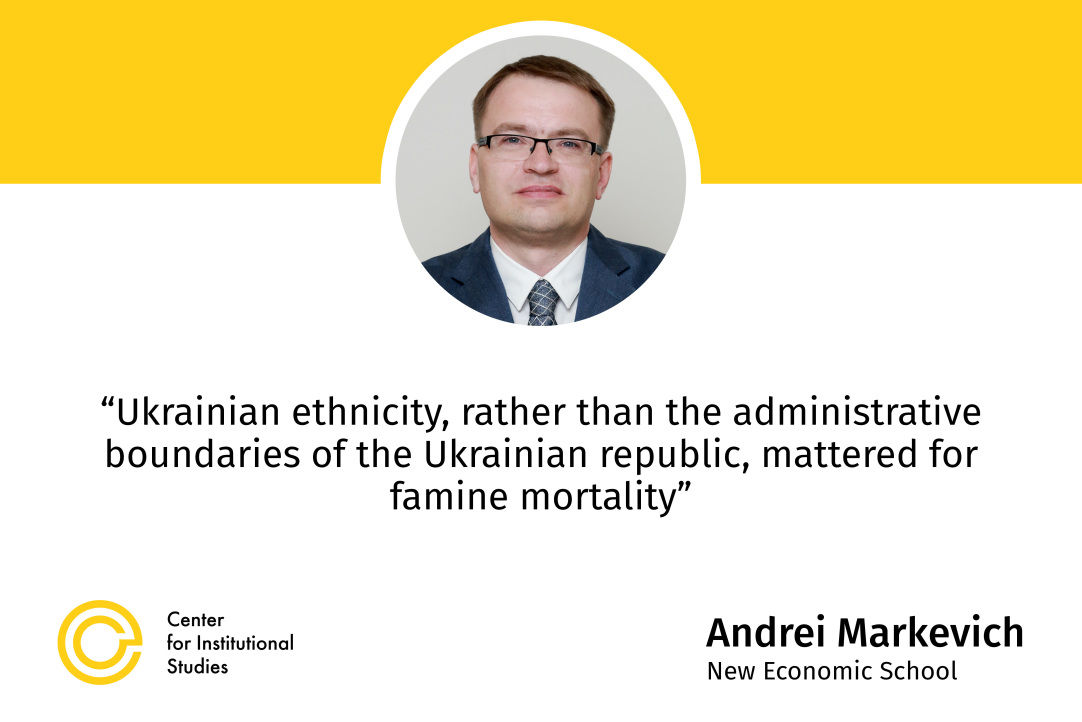 Abstract
This study constructs a large new dataset to investigate whether state policy led to ethnic Ukrainians experiencing higher mortality during the 1932–33 Soviet Great Famine. All else equal, famine (excess) mortality rates were positively associated with ethnic Ukrainian population share across provinces, as well as across districts within provinces. Ukrainian ethnicity, rather than the administrative boundaries of the Ukrainian republic, mattered for famine mortality. These and many additional results provide strong evidence that higher Ukrainian famine mortality was an outcome of policy, and suggestive evidence on the political-economic drivers of repression. A back-of-the-envelope calculation suggests that bias against Ukrainians explains up to 77% of famine deaths in the three republics of Russia, Ukraine and Belarus and up to 92% in Ukraine.

Full text
Information about the speaker