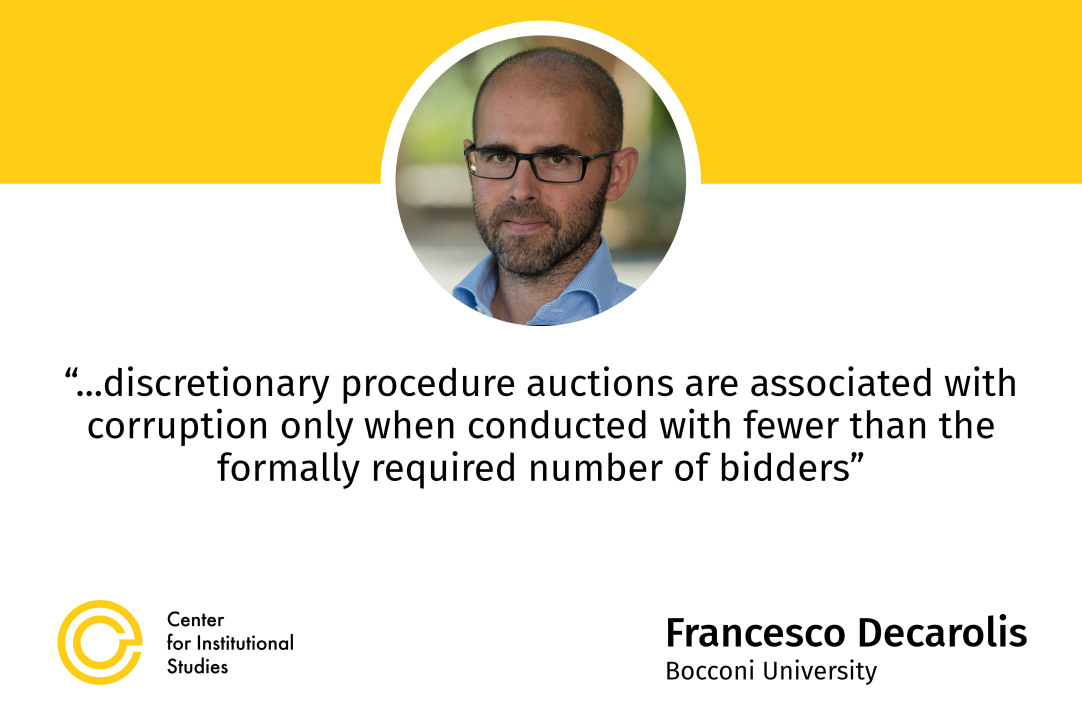 Abstract
The benefits of bureaucratic discretion depend on the extent to which it is used for public benefit versus exploited for private gain. We study the relationship between discretion and corruption in Italian government procurement auctions, using a confidential database of firms and procurement officials investigated for corruption by Italian enforcement authorities. Based on a regression discontinuity design around thresholds for discretion, we find that, overall, a large increase in the use of discretionary procedures in the 2000s led to a minimal increase in auctions won by investigated firms. To understand this ‘non-result, ’we further investigate the attributes of “corrupted” auctions. We show that discretionary procedure auctions are associated with corruption only when conducted with fewer than the formally required number of bidders; similarly, discretionary criteria (“scoring rule” rather than first price) auctions are won more often by investigated firms. We further show that these “corruptible” discretionary auctions are chosen more often by officials who are themselves investigated for corruption, but less often in procurement administrations in which at least one official is investigated for corruption. These findings fit with a framework in which more discretion leads to greater efficiency as well as more opportunities for theft, and a central monitor manages this trade-off by limiting discretion for high-corruption procedures and locales. Additional results based on two standard tools for curbing corruption – turnover and subcontracting limits – corroborate this interpretation. Overall, our result simply that discretion is under-utilized, given the high potential benefits as compared to the modest increment in corruption