Christopher Parsons (University of Western Australia) has presented his paper "For FARC’s sake: Demobilizing the oldest guerrilla in modern history" on the regular CInSt research seminar on June, 10. Watch the video following the link below. 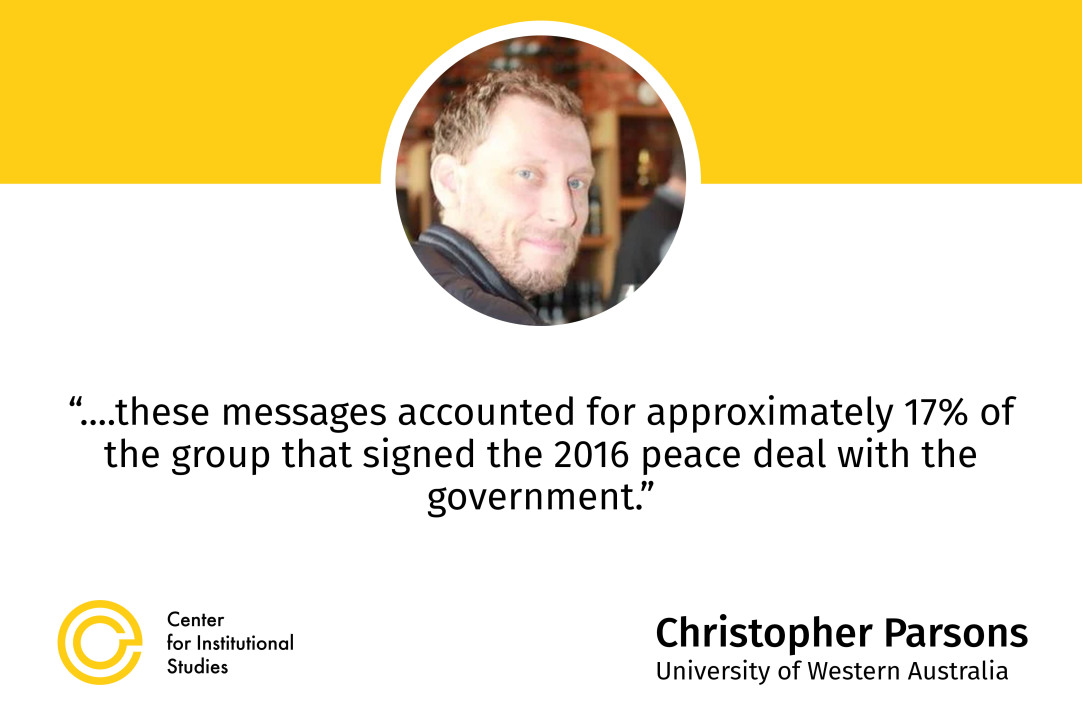 Abstract
How can a state demobilize militants during a civil war? We study the effects of a messaging campaign aimed at demobilizing FARC rebels, in which the Colombian government aired short commercials during national football games between 2005 and 2016. Our identification strategy exploits the exogenous timing of games (in terms of both days and time of day) and geographical variation in exposure due to rain-induced signal weakness to isolate causal effects on demobilizations in all 1,122 Colombian municipalities. Our results reveal statistically powerful and quantitatively large message effects, indicating that these messages accounted for approximately 17% of the group that signed the 2016 peace deal with the government. Applying insights from social psychology, we find messages worked best when carrying emotional undertones, reminding rebels of their family identity.