Anastasia Terskaya (University of Navarra) has presented her co-authored paper "The Effects of Unearned Wealth on Marital and Fertility Outcomes" on regular CInSt research seminar on June, 3. Watch the seminar following the link below. 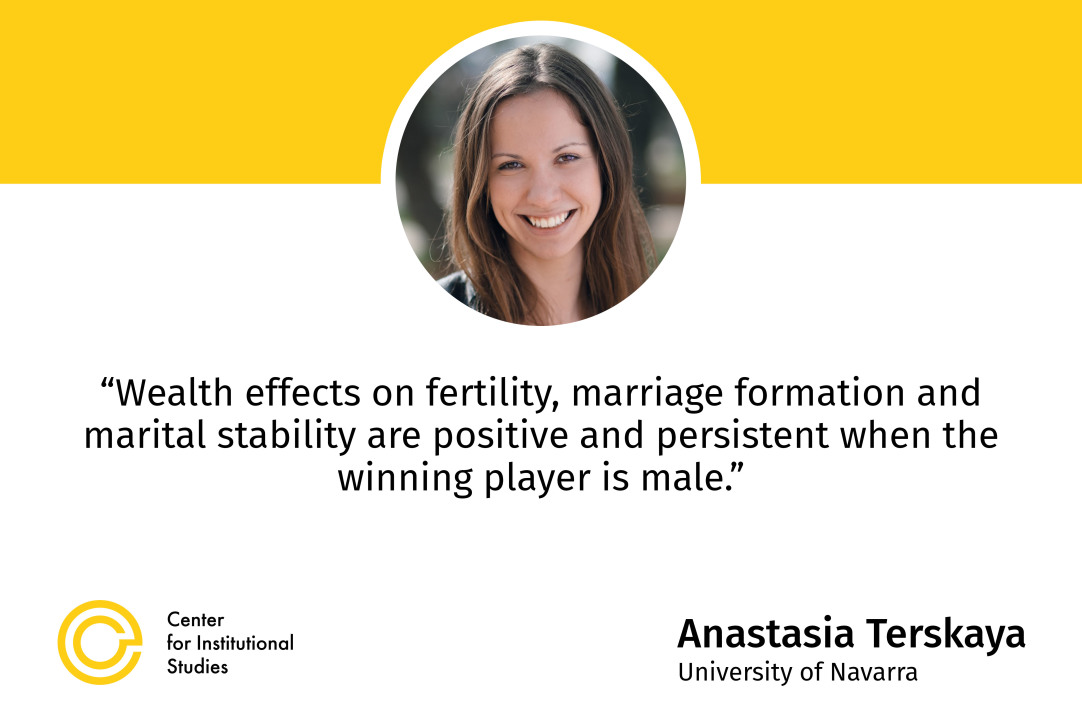 Abstract We estimate the effect of large, unearned, windfalls on fertility, marriage formation and divorce risk using an administrative data set of Swedish lottery players. Overall, we find a positive medium-run effect on marriage formation and fertility, while the effect on divorce risk is not statistically distinguishable from zero. The totality of the evidence suggests that the effects are often heterogeneous by sex. Wealth effects on fertility, marriage formation and marital stability are positive and persistent when the winning player is male. In contrast, the effects on women's marriage formation and fertility are not statistically significant. Among already married female lottery players, wealth increases short-run, but not long-run, divorce probabilities. The short-run increase in divorce risk is largest in couples where the husband is the primary breadwinner and whose match quality is low, as well as in recently married couples. Since there is no discernible effect on long-run divorce risk, large unexpected increases in wifes' wealth appear to primarily accelerate marital dissolutions already underway, perhaps by reducing women's economic vulnerability outside marriage.

Information about the speaker
Video
About
Center for Institutional Studies