Marko Vladisavljevic (Institute of Economic Sciences (IES) and Foundation for the Advancement of Economics (FREN)) has presented his co-authored paper "Child Penalty in Russia: Evidence from an Event Study" on regular CInSt research seminar on May, 27 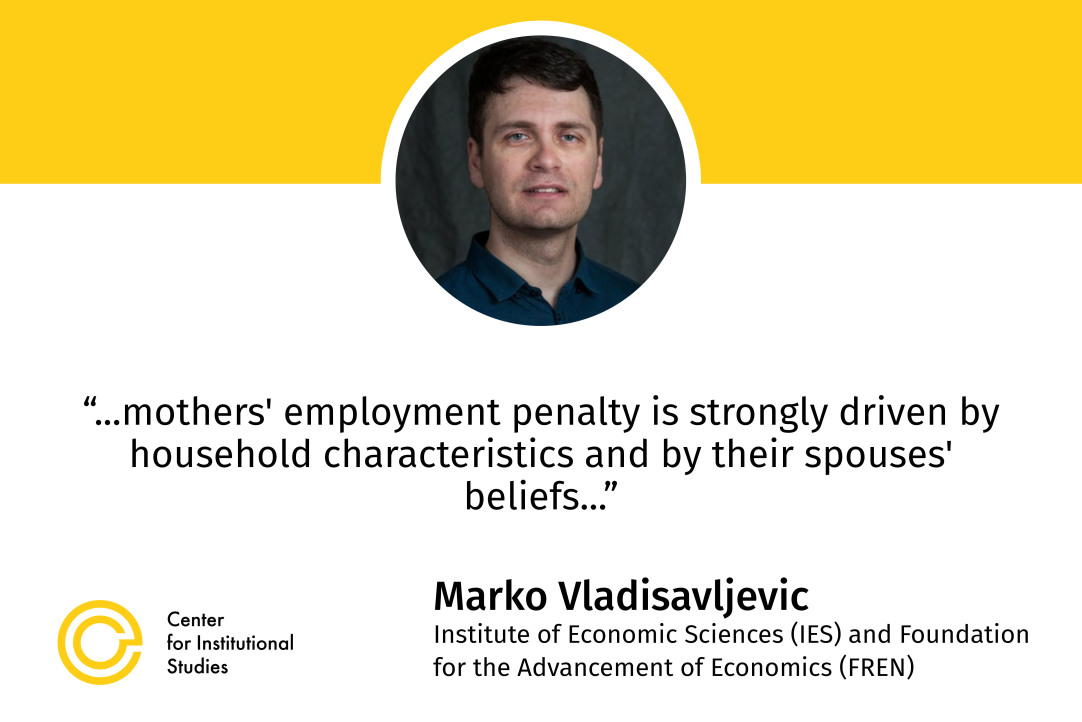 Abstract
Despite years of women's progress toward equality, gender disparities in the labour market persist, and parenthood has been identified as one of its key drivers. In this paper we investigate the child penalty in Russia by using longitudinal data from the Russian Longitudinal Monitoring Survey (RLMS) and the methodological framework of event studies. Our findings show that five years after child birth women suffer an earnings penalty, while the same effect is not observed for men. The child penalty for women stems from lower employment after birth. In contrast to similar studies on Western European countries and the US, we do not find child penalties in terms of working hours or hourly wage rates. We further find that mothers' employment penalty is strongly driven by household characteristics and by their spouses' beliefs, while their own beliefs and background play no role.