Sebastian Ottinger (UCLA) is going to present his paper "History’s Masters: The Effect of European Monarchs on State Performance" on regular CInSt research seminar on March, 11. Watch the video of the seminar following the link below 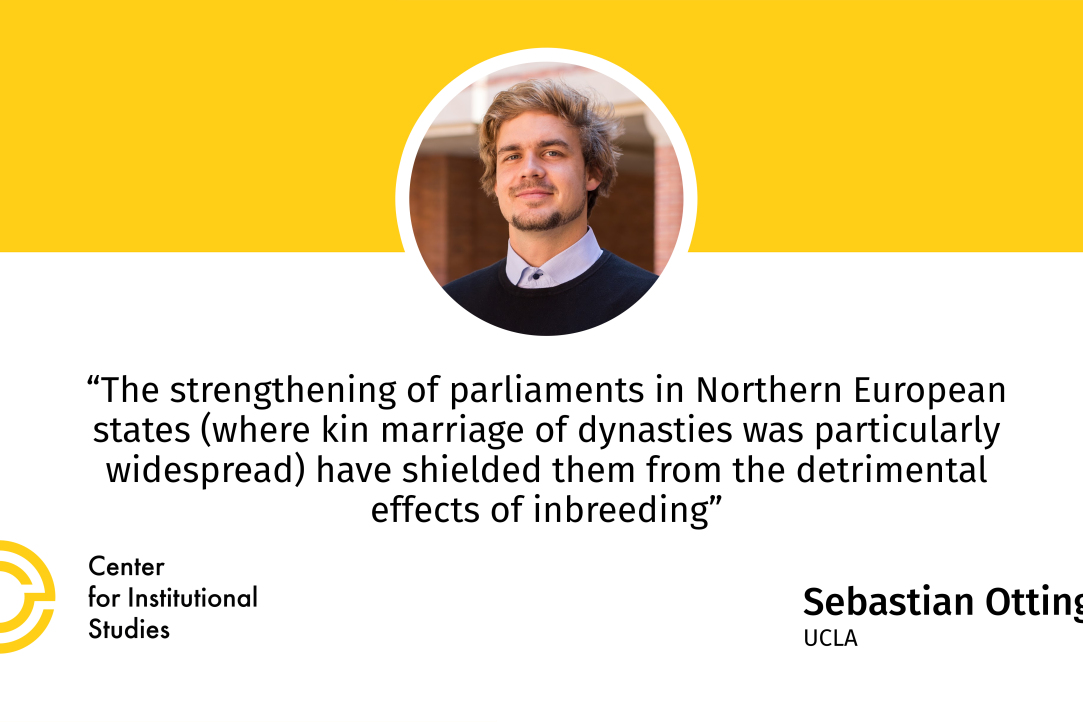 Abstract
We create a novel reign-level dataset for European monarchs, covering all major European states between the 10th and 18th centuries. We first document a strong positive relationship between rulers’ intellectual capabilities and state-level outcomes. To address endogeneity issues, we exploit the facts that i) rulers were appointed according to primogeniture, independent of their ability, and ii) the wide-spread inbreeding among the ruling dynasties of Europe led to quasirandom variation in ruler ability. We code the degree of blood relationship between the parents of rulers. The ‘coefficient of inbreeding’ is a strong predictor of ruler ability, and the corresponding instrumental variable results imply that ruler ability had a sizeable bearing on the performance of states and their borders. This supports the view that ‘leaders made history,’ shaping the European map until its consolidation into nation states in the 19th century. We also show that rulers mattered only where their power was largely unconstrained. In reigns where parliaments checked the power of monarchs, ruler ability no longer affected their state’s performance. Thus, the strengthening of parliaments in Northern European states (where kin marriage of dynasties was particularly widespread) may have shielded them from the detrimental effects of inbreeding.