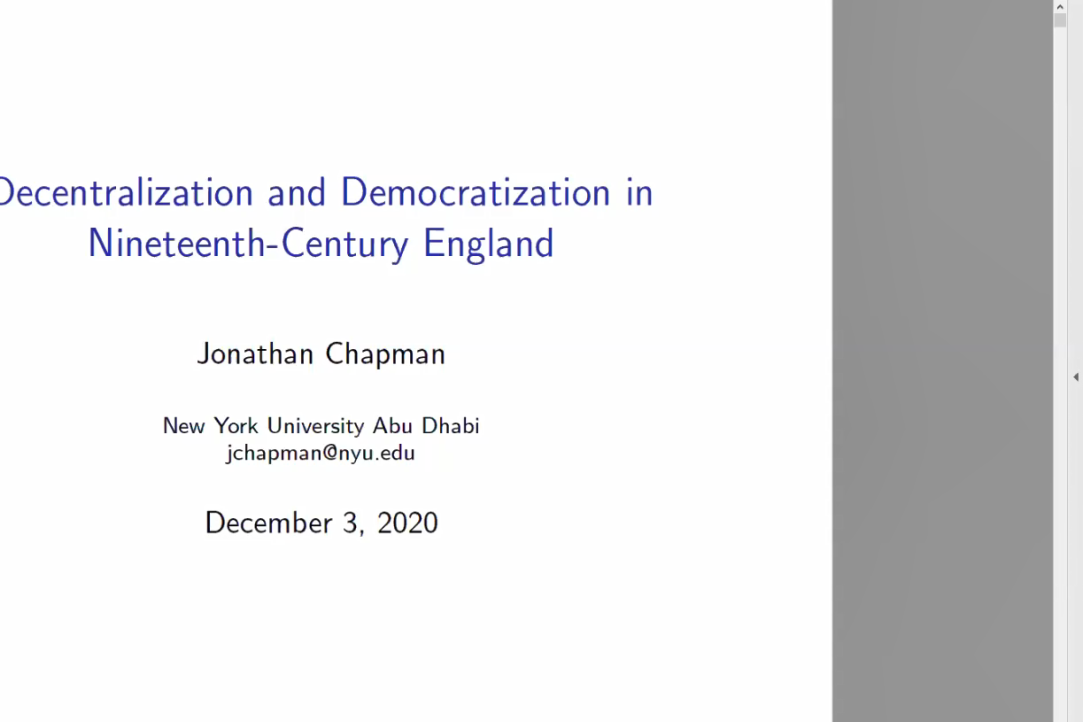 Abstract
This paper develops a model predicting that the extent of the franchise has an invertedU-relationship with government expenditure on public goods. Extending the right to vote from the rich to the middle class leads to increased spending, but further extensions lead to declines in expenditure. This prediction is tested by constructing a dataset of town council expenditure in Britain between 1867 and 1910. The effect of franchise extension is identified by exploiting regional and temporal variation in the right to vote. The results show strong support for the theoretical prediction, with government spending highest when around 50% of the adult male population was enfranchised