Björn Brey (University of Nottingham) has presented his paper "The long-run gains from the early adoption of electricity" on October, 29 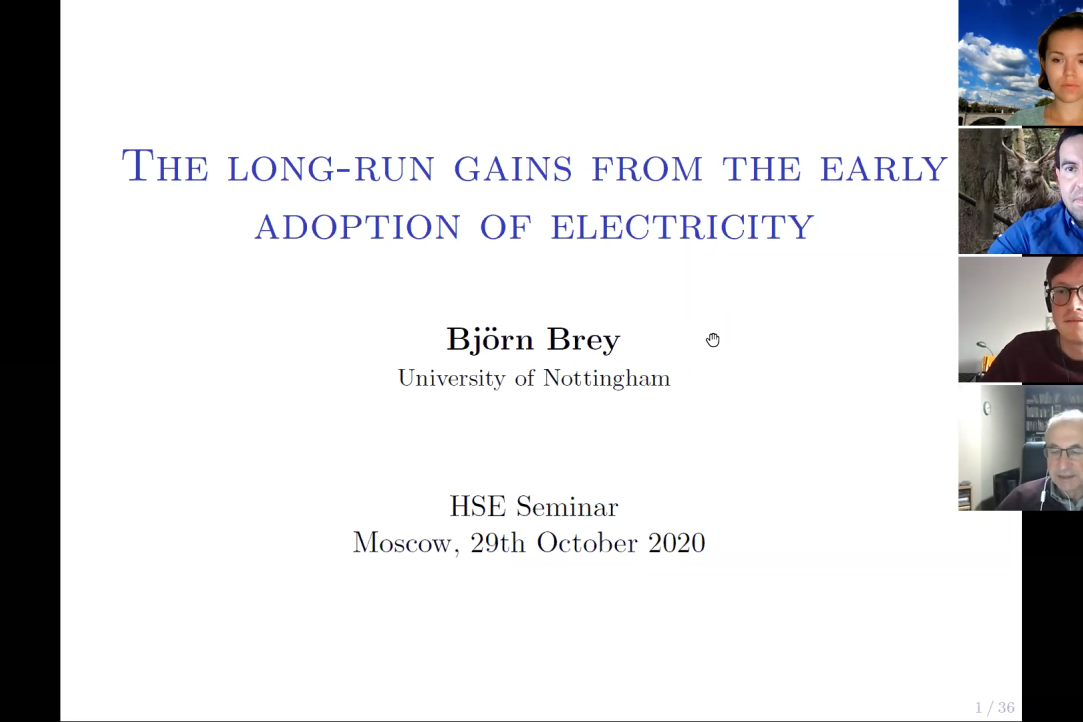 Abstract
This paper explores the effect of the early adoption of technology on local economic development. While timing and intensity of technology adoption are key drivers of economic divergence across countries, the initial impact of new technologies within advanced countries has been incredibly illusive. Resolving this puzzle, this paper documents that the early adoption of electricity across Switzerland was conducive to local economic development not just in the short-run, but also in the long-run. Exploiting exogenous variation in the potential to produce electricity from waterpower, this paper finds that electricity adoption at the end of the 19th century led to local differences in structural transformation. However, despite access to electricity becoming quickly universal in the early 20th century, due to the expansion of the electricity grid, economic development did not converge across areas. Instead, areas which adopted electricity early continue to be more industrialized and have higher incomes today. In particular, the geographical distribution of the newly emerging and innovative chemical industry was shaped by early electricity adoption, while employment gains through the building and operation of new power plants themselves were mostly short-lived. The main mechanism through which differences in economic development persist in the long-run is through increased human capital accumulation and innovation, rather than persistent differences in the way electricity is used.