Gayane Vardanyan (HSE University) has presented her paper "Return Migration Decisions: Evidence from Irish Mass Migration at the Turn of the Twentieth Century" on October, 8 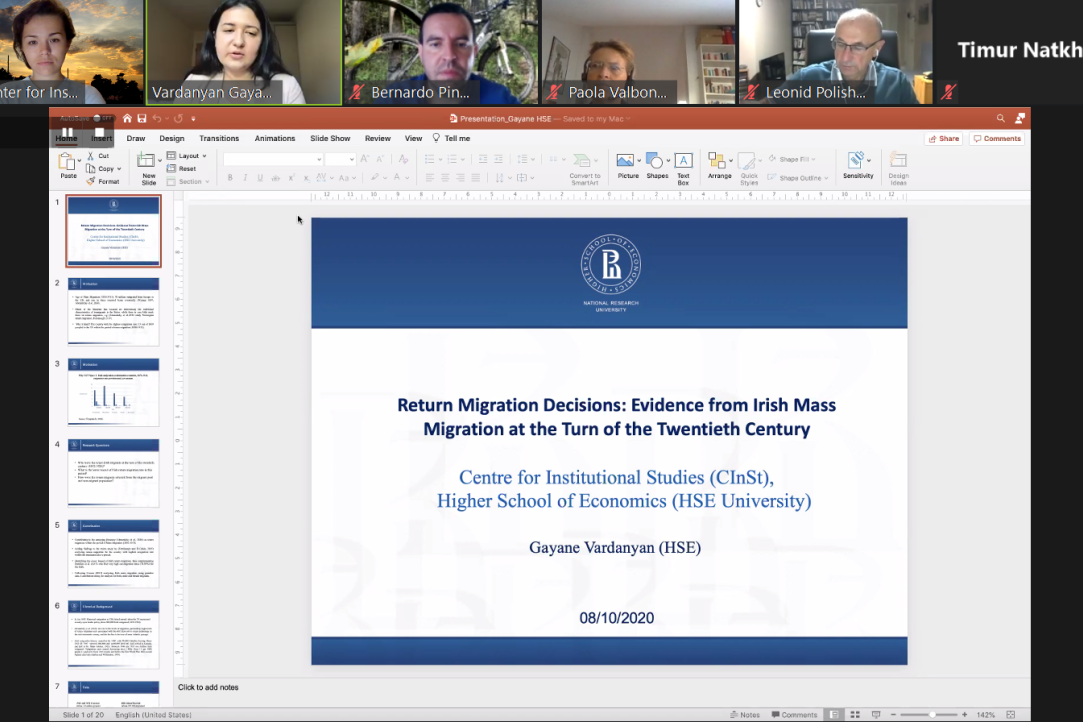 Abstract
Approximately 800,000 Irish migrants left for Ellis Island at the Age of Mass Migration (1892-1924). How many returned and who were they? Were these migrants selected from the rest of the population? This is the first study to tackle questions on return migration for the country with the highest emigration rate to the States within Mass Migration Period (1850-1913), using micro data. It contributes to the emerging area of research on historical return migration. The analysis shows that about ten percent of male migrants and seven percent of single women returned home on average within eight years from their departure. Average return migrant was a young single adult at the moment of leaving Ireland. Upon return, male migrants working in agriculture and professional occupations were involved in higher-skilled occupations, compared to the non-migrant population. On the contrary, return migrants specializing in production were involved in lower-skilled occupations. Further, I explore the selection of return migrants from the migrant pool. I do not find differences in occupations between permanent and return migrants in 1901, before leaving Ireland.

Information about the speaker