Natalia Matveeva presented her joint research with Anuška Ferligoj "Scientific Collaboration in Russian Universities before and after the Excellence Initiative Project 5-100" online in Zoom. 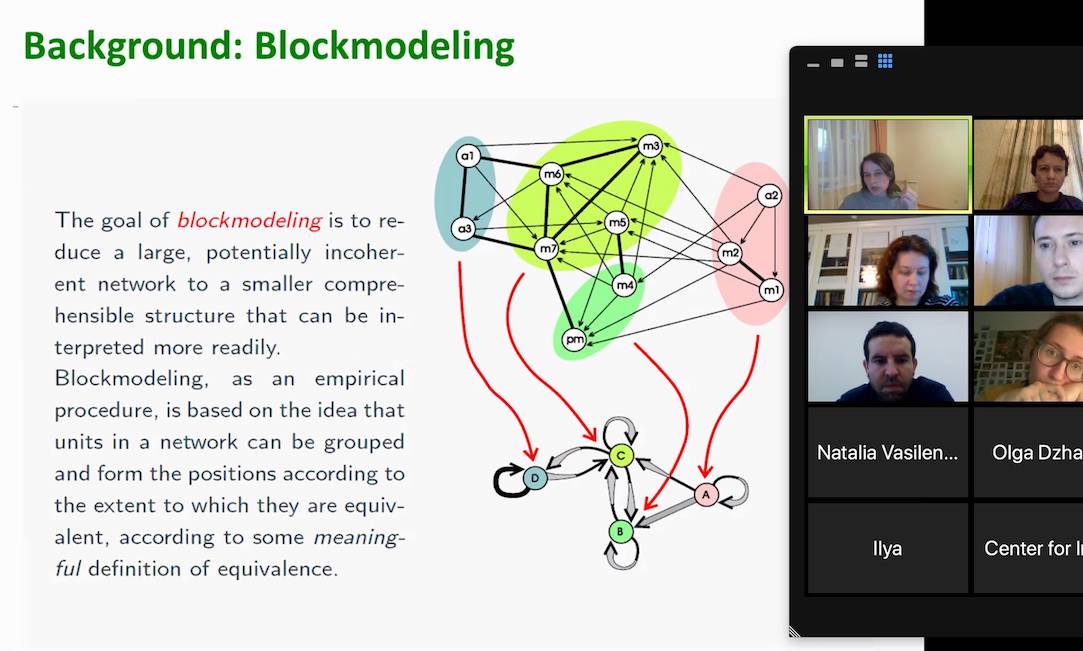 The authors conclude that the historical division between university and academic sectors diminished, and the participating universities started to play more important role in knowledge production within the country.