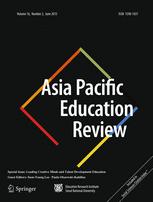 “Academic inbreeding”—involving the appointment of faculty members who graduated from the institution employing them—is considered a small and peripheral aspect of the academic profession but is quite widespread globally. This paper analyzes the nature of inbreeding and its impact on universities. Data from eight countries where inbreeding is widespread are analyzed in order to examine the perceived impact of the phenomenon on academics and universities. Our analysis reveals that while inbreeding has deleterious effects on universities, it is widely perceived as a “normal” part of academic life—and some positive aspects are evident.

This research project had its origins in a concern at the National Research University-Higher School of Economics in Moscow that the common practice in Russia of hiring one’s own graduates for faculty jobs has profound implications for academic culture, productivity, and the essential nature of the university. This interest led to a research project collaboratively organized by the Higher School of Economics and the Boston College Center for International Higher Education, and centered on an examination of academic inbreeding in eight different countries: Argentina, China, Japan, Russia, Slovenia, Spain, South Africa, and Ukraine. This study was funded mainly by the Higher School of Economics. The full results of the research are reported in Yudkevich et al. (2015).